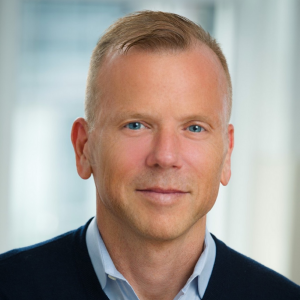 Jim Wilson has spent 20-plus years at the forefront of transforming media and technology businesses. As CEO of Talon America, he’s responsible for leading and driving growth for the U.S. arm of the Europe-based, private equity backed Talon Outdoor – an award-winning, independent out-of-home advertising specialist.

Previously Jim founded Premion, TEGNA and Gray Television’s first-in-market streaming TV advertising services and technology platform. As its President and CEO, he quickly scaled Premion to be the market leader that enabled national and local brands to target audiences in connected television services.

Prior to Premion, Jim was the CEO of Atari, where he directed the successful turnaround of the U.S. public company, pivoting the brand from a retail to a digital publisher. Before that, as COO of digital music company TouchTunes, he delivered a new consumer focused strategy that drove growth and its sale in 2015. Jim also launched the games business at Universal Studios that delivered numerous worldwide hit games before being named as Global Head of Development for Vivendi Universal Games, post-merger. Earlier on, he held management roles at Universal, Sony, and Disney.

He is a graduate of Loyola University and Harvard Business School.